Dr. Osipov’s presentation at a CBEES conference at Södertörn University 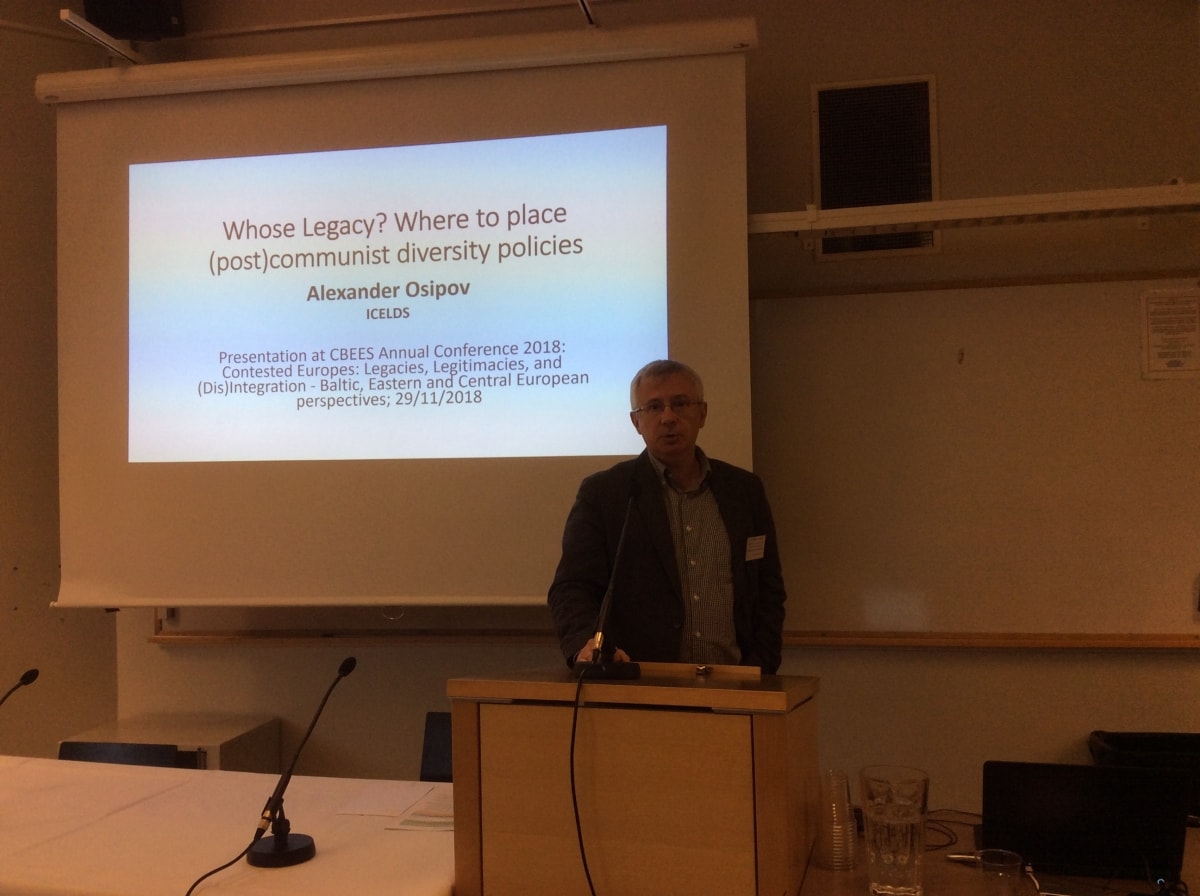 The conference was dedicated to the anniversaries of two dates critical for the European history that are 1918 and 1968. Each constitutes a reference point from which Europe traces back its historical legacy and political legitimacy. Each of the two critical years also marks two traditions that conflicting with the other, i.e., Europe of national states or Europe of democratic integration. The conference, which convened scholars of different disciplinary backgrounds, sought to address contradicting forms of legacy as a mode of transferring the past to the future and as a tool of legitimation, such as cultural heritage and/or collective memory.

Alexander Osipov’s presentation “Whose Legacy? Where to place (post)communist diversity policies” was aimed at mapping the communist (primarily the Soviet) legacies in the area among other strands of public thought and politics. The elaboration of diversity (minority) policies started almost simultaneously in 1918 after the collapse of the continental empires and the Bolshevik takeover in Russia. In both frameworks, talks and actions partly built on socialist, nationalist and liberal thought of the previous periods. One can point out the continuity of the pre-WWI Marxist and nationalist ideas in the Soviet state-building as well as in minority policies of some new independent states. Nowadays some Soviet ideological schemata in the area of diversity policy, such as the approaches to autonomy, framing of equality on ethnic grounds, and linkage between language and ethnicity as well as institutional settings (certain pieces of legislation) survive to date. The author concludes that in the given area socialist, nationalist and liberal approaches cannot be separated from each other since they represent the same modernist way of framing to ethnic diversity and nationhood.