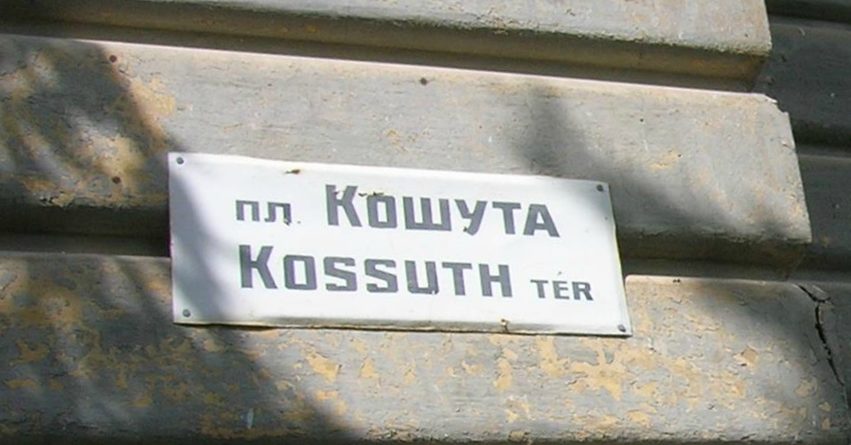 Hungarian egoism: why Hungary is not a tool of Kremlin foreign policy?

Hungarian egoism: why Hungary is not a tool of Kremlin foreign policy?

On 21 March 2018, the Emerging Europe published an opinion entitled “How Hungary Became a Tool of Kremlin Foreign Policy” by Péter Krekó and Patrik Szicherle. The authors of this text argue that “blocking Ukraine’s EuroAtlantic integration does not help ethnic Hungarians in Transcarpathia.” Moreover, they suggest that this tactic undermines both the Euro-Atlantic bloc and Hungary’s status within the alliance, acting in Russia’s favor. Dr. Kiryl Kascian analyzes, why despite the apparent logic of this conclusion, the authors largely confuse the reasons and the results of this situation.

In fact, these actions of the Hungarian authorities are just the harsh reaction to the adoption of the new Ukraine’s law on education, which affected the situation of the Hungarian minority in Ukraine. As for this minority, there are three aspects to consider. First, it is possible to speak about “the low inclusion of this community into the Ukrainian-language educational and cultural space” which is the result of long-lasting indifference of the Ukrainian state institutions to the educational needs of this group and the lack of staff, adequate methodological recommendations and educational programs. Second, this law was adopted without a comprehensive discussion with all relevant stakeholders and did not take into account the regional context of Transcarpathia. Third, the Venice Commission Opinion on the provisions of the law on education confirms that the new law allows to accomplish the full educational cycle at least partially in Hungarian. However, this law justifies the possibility to receive basic and upper secondary education in Ukraine in the Hungarian language not because it is one of the minority languages of Ukraine, but because it is one of the official languages of the European Union. This legal provision is per se quite illogical, as in the domain of education one of the autochtonous languages of Transcarpathia is equated to the status of Maltese, Portuguese or Dutch.

Therefore, it is extremely convenient for the Transcarpathian Hungarians to stick to the arrangements which have been existing in the region for more than two decades of Ukrainian independence rather than to take risks that might arise from the reforms of the post-Maidan authorities of Ukraine. This is exactly the reason of the declarations on the restriction of the rights of the Hungarian minority in Ukraine. In other words, this process has its origins in Transcarpathia and has nothing to do with the Kremlin and its policies in Crimea and Donbas. Therefore, Budapest is interested in the situation of other ethnic groups in Ukraine only to the extent that they or their kin-states can be allies for the interests of both ethnic Hungarians in Transcarpathia and the Hungarian state.

As for recent attacks of the Hungarian Cultural Association’s office in Uzhhorod and the “hand of Moscow” behind it, one could hardly speak about contradictions in this approach. On the one hand, statements calling for an OSCE observation mission in Transcarpathia are indeed an exaggeration. On the other hand, the Ukrainian authorities failed to effectively prevent these provocations on their soil, as they pose a threat only for the Transcarpathian Hungarians, but for the security of Ukraine in general. However, being interested only in its own minority in Transcarpathia and seeing the example of the OSCE mission in Donbas, it is likely that the Hungarian authorities could consider it as a role model.

One can also recall the decision of the Hungarian authorities to veto the ministerial meeting of the NATO-Ukraine commission in February this year. However, the logic of Budapest again is unlikely to go beyond its own interests. In other words, Hungary has an opportunity to veto it and it used it to achieve its own goals, especially since it was Ukraine’s actions that created this situation.

In general, it neither makes sense to look for the “hand of Moscow” in what Orbán’s government is doing, nor to say that Hungary has become an instrument of the Kremlin’s policy. First, Hungary never recognized the annexation of Crimea by Russia. Moreover, in response to the poisoning of an ex-spy Sergei Skripal and his daughter in the UK,  Hungary is going to expel a Russian diplomat. Second, Russia perceives many countries of Central and Eastern Europe as parts of the so-called “Russian world.” However, Hungary is not on this list. Thus, it can afford closer economic cooperation with the Kremlin without an immediate threat to the country’s security. Third, the situation resulted from the actions of Ukraine, while the Hungarian authorities quite harshly reacted to the attempts to change status quo in Transcarpathia. Fourth, there could hardly be any other choice for the politicians of Orbán’s type. The actual choice was between at least formal protection of the interests of the Hungarian minority (enshrined in the constitution of Hungary) and the abstract Euro-Atlantic future of Ukraine. The egoist will obviously choose the first option, since the second one brings him nothing.