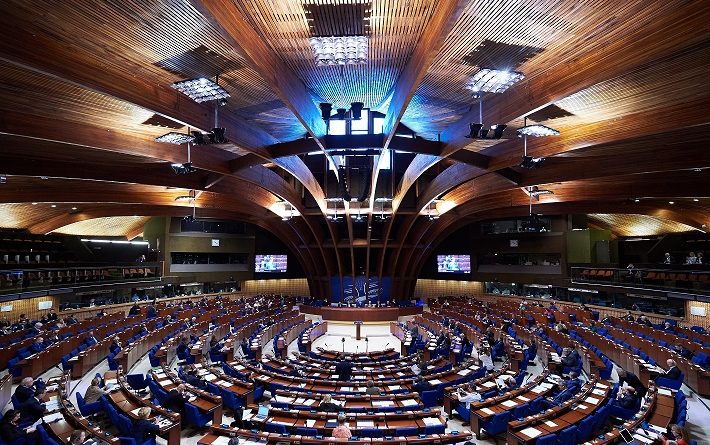 On 26 April 2018, Parliamentary Assembly of the Council of Europe (PACE) adopted a resolution on countering hybrid war. Hybrid wars closely adhere to the domain of national security and might be used as a justification for the restriction of some rights and freedoms. What caused the PACE to address the issue? ICELDS discusses these issues with Boriss Cilevičs, a PACE member from Latvia who is the author the PACE motion for a resolution and the report entitled “Legal challenges related to hybrid war and human rights obligations.”

ICELDS: The notions “hybrid threats”, “hybrid conflicts”, or “hybrid wars” are widely used in contemporary politics in a wider Europe. However, any senso stricto legal definition of the either term is missing. What are the practical consequences of this legal gap?

Boriss Cilevičs: First of all, lack of legal clarity hinders consistent and universally accepted interpretation of the principles of international law. The term “hybrid war” is a political one, and describes the existence of an armed conflict in which conventional military techniques (but not only) are used. Therefore, many experts believe that it is a redundant and unnecessary synonym of just “war“. In turn, the other terms – “hybrid threats” or “hybrid conflicts” – are used in relation to non-military “hybrid” means of conflict. International community has a number of legal instruments to combat both hybrid wars and hybrid threats, including those envisaged in the UN documents, other instruments of international law, and domestic legislation. Legal clarity is necessary to achieve a common position on when, how and under which conditions this or that instrument can be legitimately applied. It is of utmost importance that the decisions connected with the implementation of the right to defense, and also with the restrictions of fundamental human rights, are taken on the basis of solid legal justification and following established procedures – what is hardly possible without an agreement on the legal definitions.

ICELDS: What caused the need for the report entitled “Legal challenges related to hybrid war and human rights obligations,” which you prepared within the PACE procedures?

BC: Many Council of Europe member states face new challenges related to hybrid threats. In the absence of more or less universally accepted definitions and approaches, these states encounter difficulties in finding proper and effective ways to respond to these threats. More and more often these states employ counter measures related, inter alia, to putting restrictions on fundamental human rights, including the freedom of expression (blocking websites, prosecuting journalists, limiting access of foreign and national media), freedom of association and assembly (prohibiting mass rallies or certain symbols), freedom of movement (expulsion of foreigners, “black lists”). Moreover, sometimes reference to “hybrid threats” is used to justify such measures without proper, if any, justification. So far, the issue has been dealt with almost exclusively by security experts. Strong legal basis is needed to ensure that, on one hand, counter-measures are effective, and on the other – that these counter-measures fully comply with the human rights obligations, and the restrictions of human rights are justified and proportional.

ICELDS: Mass disinformation campaigns usually have their roots in the domestic policies of a certain state. Ethnic and linguistic minorities frequently become affected by these endeavors. How effective could international organizations be in tackling the domestic origins of these trans-national activities?

BC: Existing international norms, such as the European Convention on Transfrontier Television and the EU Audiovisual Directive ensure very broad possibilities for broadcasting across borders. This is certainly a great asset for Europeans in terms of access to information and promoting cultural diversity, in the meantime, these instruments contain insufficient safeguards against hostile propaganda, incitement to violence and misinformation campaigns. It is essential to strike a proper balance between the preservation of freedom of information, on one hand, and effectively combating hate speech and provocations, on the other. In the meantime, I do not believe that only restrictive measures can ensure effective counter-measures against the hybrid threats. The crucial factor is a state’s ability to provide alternative sources of information, to refute misinformation. Encouragement of promotion of media, including media based on modern technologies, which produce content in minority languages is of particular importance.