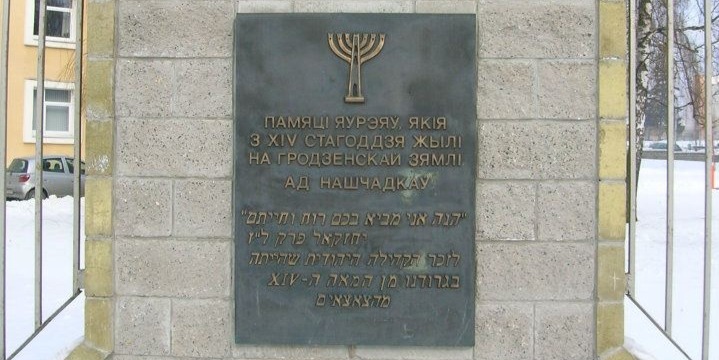 Interaction of cultures was a very popular issue in the Soviet historiography. It remains widespread in the modern Belarusian historiography. Previously, interaction of cultures was needed to justify the Russification policies; now it is used to prove the mythical tolerance of the Belarusians. In his text, our expert Prof. Dr. Zakhar Shybeka analyzes intercultural dialogue between Belarusians and Jews in a historical perspective.

Instead of “interaction of cultures”, I prefer to speak about “dialogue of cultures” which describes a two-way process involving several cultures. Dialogue takes place on a voluntary basis and implies exchange of good examples or borrowings. It includes adoption of language vocabulary, attitude towards culture, its style, etc. Dialogue of equal cultures does not lead to assimilation.

The relationship between Belarusian and Jewish cultures is usually prettified. However, the historical conditions of cohabitation and traditions of Belarusians and Jews did not contribute. The millenia-old Jewish culture and the relatively young Belarusian one were and still are incommensurable and incomparable, although the experiences of the long-term statehood loss brings them closer to each other.

Christian stereotypes about Jews significantly constrained dialogue of the two cultures. Even a prominent representative of the Renaissance Francysk Skaryna did not shy away from Christian anti-Semitism.

Dialogue of high cultures was hampered by language barrier. The Jews had an advantage because they knew the Belarusian language. However, even today it is hard to find a Belarusian intellectual with knowledge of Yiddish or Hebrew. In a multiethnic society, the dialogue of cultures can either be a direct interaction, or through mediator language, i.e. the language of inter-ethnic relations. In Russia, the dialogue of different ethnic groups took place within the Russian cultural space which led to Russification. The Russian-speaking culture created in the Belarusian lands by Belarusians and Jews is not Russian. It is considered Jewish in today’s Israel.

A culture in the Russian language, Russian traditions, and Russian style created by Belarusians is also considered a heritage of Belarus. Nevertheless, this culture can not take the dominant place among the modern national cultures Belarus and Israel, as it is on the margins. The notion of “contact culture” should apply to define it. Belarusians and Jews participated in the creation of a number of contact cultures, including Latin-, Polish- and Russian-speaking ones. These cultures can equally apply to Belarusians, Jews, Poles, or Russians. In today’s Belarus, the contact (marginal) Russian culture is portrayed as a national one. However, it is at least odd, because it can only be a part of the general culture of Belarus.

There were some adverse factors of cultural dialogue between Belarusians and Jews. Among them economic competition of Jewish businessmen first with gentry and Christian craftsmen and merchants in the Commonwealth of Two Nations (Rzeczpospolita), and later with the landowners and the peasants in the Russian Empire. Major anti-Semitic outrages in the 1905-1907 Revolution and during the First World War in the Belarusian lands were results of this competition.

Mutual cultural dialogue Belarusians and Jews through the pro-Western Polish culture was hampered not only by the Tsarist policies but also by the Polish-Jewish crisis that began to emerge in the 1870s as a result of economic competition. Despite the successful examples of the western European countries, Polish patriots continued the Commonwealth traditions by not recognizing the equality of the Jews. Roman Dmowski’s attitude toward Jews was similar to that of Pyotr Stolypin. Russian culture was the only point of contact and it led to Bolshevization of the two peoples.

There is no dialogue of national cultures on the stage of their formation. Similarly, there was no dialogue during the formation of world religions. This happens because some national cultures are being formed earlier than others. The stronger cultures subdue the weaker ones. However, this is not a dialogue but hegemony through assimilation. Therefore, self-isolation might become a necessary element for the successful development of the national cultures, especially in the absence of a nation state. Self-isolation contributed to preservation of the nation’s core, including language and traditions. The example of it includes, without being limited to self-isolationist Zionist cultural policies conducted by the Jewish leaders in the Russian Empire from the late 19th century. National culture is not forged through a routine combination of own culture with the neighboring ones. As Uladzimir Konan observed, this is neither diffusion, nor hybridization, but a selfless work to preserve the national core. Unfortunately, the primitive stereotypes about the Belarusian language and culture as a mixture of the Russian and Polish ones did not fully vanish.

Belarusians obviously do not have to be afraid of the Jewish culture, as Jews generally did not try to assimilate other groups. On the contrary, over the centuries they had to preserve themselves against assimilation policies of the states of other nations. In this sense, Jews are a good example for Belarusians. I don’t know the examples of embracing the Jewish culture or faith by Belarusians. In contrast, conditions for cultural assimilation of Jews by Belarusians have existed in the Renaissance (early 16th century), during the Counter-Reformation (17th century), during the rise of the Belarusian national movement (early 20th century) and the Soviet Belarusization policies in the 1920s. However, the success of these activities did not become remarkable. Initially it had to cope with the strong religious isolationism, while at a later stage Belarusians lacked the means of influence, such as statehood with the rights and privileges attractive to Jews.

Equal dialogue of national cultures starts when their formation is nearly accomplished, when they reach the condition of equal significance, when firmly established nations become capable to protect themselves from assimilation by means of the nation state. Dialogue of equal cultures takes place at the international level. Belarusians don’t have this a possibility because the formation of the Belarusian nation state and national culture has not been yet fully completed. Therefore, it is not possible to speak about equal dialogue of the Belarusian culture in Minsk and Jewish culture in Tel Aviv. They continue to develop in parallel.