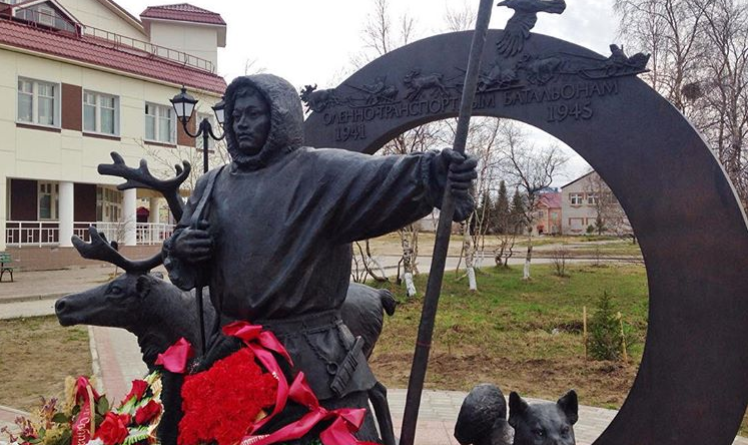 On 13 May 2020, the heads of Arkhangelsk Oblast and Nenets Autonomous Okrug (NAO) of Russia signed a memorandum about the unification of their territorial entities (see the map below). Shortly afterward, the local population and a part of the political elite started to protest, and the authorities suspended the merger. Assumingly, controversies around this as well as the previous territorial reforms partly relate to the symbolic status of the regions involved and their ethnic underpinnings. The ICELDS keeps on publishing comments about the Russian regions’ mergers. Dr. Petr Oskolkov, a member of the research team which has conducted a comprehensive study of the earlier mergers, overviews the ethnic aspect of the territorial reforms in Russia.

While discussing the anticipated merger of Arkhangelsk Oblast and Nenets Autonomous Okrug, state officials usually stress the economic reasons and outcomes of this reform. The same was true for the previous mergers of six Russia’s autonomous okrugs into larger regions in 2003-2008. However, an important feature of these territorial transformations is their ethnic aspect. Autonomous okrugs are federation entities that were formed on an ethnic basis along with the republics and the sole autonomous oblast. The Russian Federation consists of territorially defined regions (oblasts, krais, and cities of federal importance) that were formed regardless of the ethnic composition of their population; and of ethnically-based regions, for which ethnic factor was determining. While creating the federal structure of the Russian Soviet Federative Socialist Republic and of the Soviet Union, basically inherited by contemporary Russia, the Bolsheviks tried to impose a certain ethnic hierarchy: ethnic groups that were considered “nations” got autonomous republics (just “republics” since 1991); smaller and less “developed” (in terms of “political consciousness” and “achievements in the construction of socialism”) peoples (narodnosti) were granted autonomous oblasts (all of them, except for the Jewish autonomy, turned into republics in the 1990s). Some of them, including indigenous peoples of the North, were entitled to “national okrugs” (from 1977 autonomous okrugs) that were parts of the surrounding krais and oblasts. However, not all the autonomous okrugs are inhabited by indigenous peoples; this is not the case for the former Komi Permyak, Agin Buryat, and Ust Orda Buryat okrugs, since Buryats and Komi Permyaks do not meet the criteria set up by Russian law.

In the new Constitution of 1993, the autonomous okrugs became fully-fledged federation entities, while at the same time remaining parts of bigger regions (with the exception of Chukotka). Such a clumsy structure is also called “matryoshka” because okrugs were de jure inside krais and oblasts; this led to numerous conflicts about power-sharing. Notably, only in three out of ten autonomous okrugs existing before the reform, their “titular” ethnic groups were numerally dominating (62.5 percent in Agin Buryat Okrug in 2014, 54.2 percent in Komi Permyak Okrug in 2010, and 65 percent in Koryakia in 2002) [1].

In 2003-2008, the federal center carried out a series of administrative reforms, in order to get rid of this “matryoshka” problem and to curtail the ethnic factor in the Russian federalism. Out of ten autonomous okrugs, just four have been left intact so far, and one of them is Nenets Autonomous Okrug. The Nenets (or, previously, the Samoyeds) are the most numerous of all legally recognized Nordic small-numbered indigenous peoples of Russia; in 2010, their total number was up to 44,640 [2].  However, in the Okrug, they do not constitute the majority and make up only 17.83 percent of the 44,000 strong population [3]. Some researchers note that “for 25 years, the Nenets people have been retaining dominant ethnopolitical position in the Russian Arctic internationally and federally” [4]. The Nenets people are separated into two groups: the Tundra and Forest Nenets. The main traditional occupations are reindeer herding, fishery, and hunting. However, in the 20th century, many people of Nenets origin got involved in a variety of modern professions. In 2002, according to the census data, 19 percent of the Nenets lived in urban areas while the others in the countryside. In 2010, already 24 percent of the Nenets population in Nenets Autonomous Okrug were urban dwellers. According to the 2002 census data, only 25.7 percent engaged in “traditional” occupations, while 11.9 percent had jobs in education and healthcare system, 3 percent in government and banking, 1.7 percent in transportation and communication, and 51.8 were economically inactive/unemployed [5]. Unfortunately, a more recent disaggregated statistical data is still unavailable.

The prospects for further mergers were widely discussed in Russia after 2008, and because the local elites in the remaining okrugs took up a firm negative stand, this process disappeared from the agenda. However, in May 2020, the newly appointed interim head of Arkhangelsk Oblast and the head of Nenets Autonomous Okrug signed a memorandum demonstrating their intention to create a new region by merging those two.

Ethnicity is a set of features that define individual affiliation with a certain ethnic group; these features may include language, perceptions of common history, phenotype, or a sense of “extended kinship” or “assumed common descent” [6]. All this creates an ethnic identity that is a result of three identifications: how a person (or a group) identifies oneself, how he/she identifies the Others, and how the Others identify him/her. In the 1999 Russian framework federal law about indigenous rights, indigenous peoples are characterized inter alia by “close affinity with the places of traditional settlement and natural resources of a territory, preservation of traditional societal and political structures, and naturally oriented industry” [7]. The entire anthropological tradition accepts these criteria among others, and the establishment of the International Work Group for Indigenous Affairs marked the acceptance of the term by the international community.

In Russia, the above-mentioned law “On the guarantees of the rights of indigenous small-numbered peoples of the Russian Federation” of 1999 is the main legislative act regulating the status of the respective ethnic groups. Along with the definition quoted above, the law sets up a numerical criterion: an eligible group shall not exceed 50 thousand people. In accordance with the law, the Federal Government issues a special supplementary list which currently includes 46 officially acknowledged groups. People belonging to these groups are entitled to earlier retirement, preferential access to biological resources, and the right to alternative military service. In 1990, the Russian Association of Indigenous Peoples of the North (RAIPON) was established to better protect indigenous rights in the country. This Association represents Russia’s indigenous peoples in the Arctic Council, the UN ECOSOC, and other international bodies.

In all the previously merged okrugs, changes in the ethnic and cultural domain were probably the only aspect that survey respondents assessed positively. Our informants in the okrugs said that the financial and institutional support for indigenous culture and language had even increased after the reform (though being sometimes of decorative nature) [9]. We do not know how the situation may evolve in Nenets Autonomous Okrug; however, it is possible to extrapolate the findings of the previous surveys. In the previously merged okrugs, the rights of the indigenous peoples were legally guaranteed in course of the reforms. The indigenous languages and cultures were safeguarded by reaffirming the validity of the former autonomies’ respective legislative acts and incorporating them into the respective krai/oblast legislation. For instance, in Kamchatka Krai, one may study the Koryak language at a professional level in the Palana college and in the Kamchatka Institute for Educational Development (an institution for teachers’ professional re-training in Petropavlovsk-Kamchatski), as well as by taking part in various training courses (the author also attended such a course organized in the Krai library by Olga Vainetkan). Local news programs are translated into Koryak, and the language is also taught at schools. All the ethnic organizations and institutions were preserved (that would for sure be also true for Yasavey). Notably, the inherent indigenous rights for natural resources and other privileges remained intact. The merged entities still have the rights to regulate the status of “territories of traditional natural resource use” and of indigenous communities. For instance, in the Taimyr district, these are regulated by the Department for Taimyr Indigenous Small-Numbered Peoples Affairs at the Taimyr district administration.

Being a separate federation entity, a region enjoys the direct official connection with the federal government, independent budget, and representation in federal legislative bodies. After the merger, these assets disappear. Although the flags and formal attributes of ethnicity-based regional entitlements are still present, the former okrugs have lost the word “autonomous” in their names (and Taimyr and Evenkia were even downgraded to municipal districts of Krasnoyarsk Krai). Currently, they are not mentioned in the Russian Constitution; they do not have the right to determine the amount of money they allocate for various purposes since the budgets of districts and okrugs are now drafted as part of krai/oblast budgetary documents). All connections with the federal center are administered through the respective oblast or krai.

One cannot be sure this everything should be exactly the same at the future possible mergers; extrapolating is always doubtful because politics are never predictable. However, being equipped with the previous experience, we may say that ethnicity means quite a lot for “indigenous” okrugs. As our research shows, the symbolic loss of the status of a federation entity and of an ethnicity-based federation entity must be a blow of the regional elite’s and population’s self-esteem. The downgrade might be partly compensated for by means of supporting cultures and languages of the eponymous population, but so far, the disappearance of symbolically loaded political status, moreover linked with ethnicity was not positively perceived in the previously merged territorial entities. According to the results of structured expert interviews, the indigenous population was dissatisfied with the loss of putative sovereign entitlements. For example, a Koryak journalist in Petropavlovsk-Kamchatski said: “The Koryaks think that they are no more represented as a nation” [10]. This point of view was also proved by mass protests organized, first and foremost, in Komi Permyak and Agin Buryat Okrugs.

The protests in Nenets Autonomous Okrug, that took place on 22-23 May 2020, already demonstrate that the Okrug is not going to easily give up the idea of the rights as a federation entity. Both days at 7 pm, people were gathering in the central square of Naryan-Mar, the administrative center, so as to sing the okrug’s anthem. On 23 May, 31 indigenous kin communities of the okrug signed a collective open letter to Yuri Bezdudny, the interim head of the region: “Our okrug is created as a manifestation of the will of the Nenets people; this fact is ignored to demonstrate disrespect towards the will and the interests of the Nenets and other ethnic groups living in the okrug” [11]. When completing this small article, I found out from the media that the parliamentary discussion in Arkhangelsk and Naryan-Mar of the possible merger was postponed for an indefinite period. On 27 May, Andrey Turchak, Secretary of the General Council of “United Russia”, the country’s ruling political party, officially stated that the “referendum issue is temporarily closed”, after the meetings with the heads of Arkhangelsk Oblast and Nenets Autonomous Okrug, as well as with the Yasavey elders [12]. Probably, this decision was taken because of a significant response by the civil society and the discontent with the merger plans in the local branch of “United Russia”. However, the keyword here is “temporarily”.

Image: The monument to indigenous soldiers of the deer-transport battalions during WWII, Naryan-Mar. © Igor Okunev