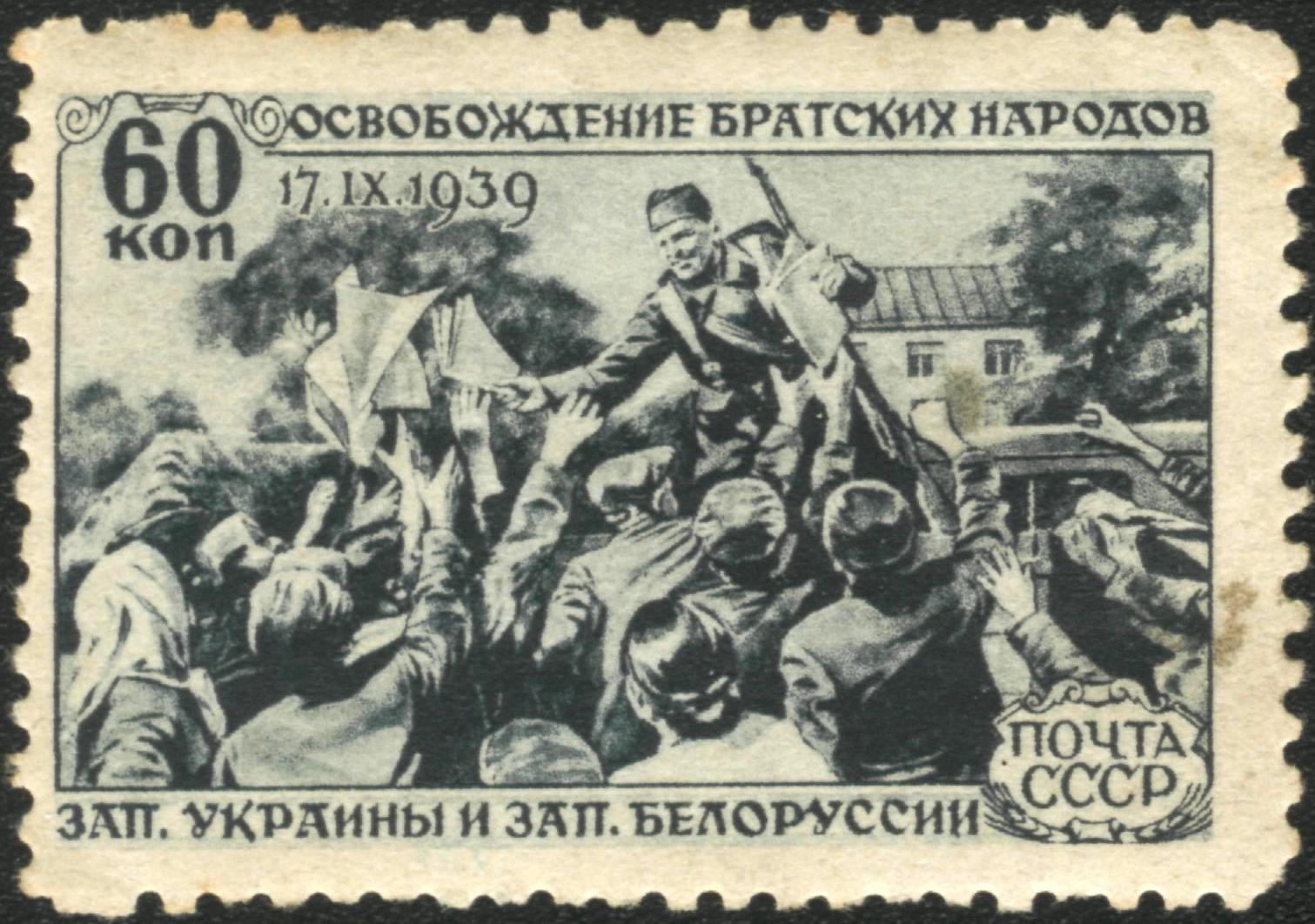 Belarus’s Day of National Unity: a controversial public holiday with a flawed logic

Belarus’s Day of National Unity: a controversial public holiday with a flawed logic

On September 17th, Belarus celebrated its so-called “Day of National Unity”, an official holiday created on June 7th by Lukashenka’s edict. The date echoes the events of 1939, when the Soviet army entered Poland’s territory as a result of the Molotov-Ribbentrop Pact. Based on official interpretations and discourse, this text attempts to briefly demonstrate the flawed official logic that led Minsk to choose this date as a public holiday.

An official report from Belarus’s presidential press service states that September 17th 1939 represented “an act of historical justice towards the Belarusian people divided against its will in 1921 under the Riga Peace Treaty.” Accordingly, officials in Minsk portray the unity restored in 1939 as one of the preconditions that ensured both the country’s survival in the Second World War and status as a founding member of the United Nations. The authorities claimed that the new public holiday on this day “emphasises the continuity of generations, sustainability, and self-sufficiency of the Belarusian nation and statehood.” However, this official interpretation of the new public holiday raises several questions.

September 1939 as justice for Belarus?

For example, the first logical question is whether this reunification can really be described as historical justice for the country. Indeed, the 1921 Riga Peace Treaty was an act of historical injustice for Belarusian society. Belarusian activists were not actively involved in creating the treaty and none of their signatures were included in the final document. The Riga treaty also ended attempts to establish an independent Belarusian nation state, which was briefly a reality during the short-lived Belarusian Democratic Republic (BNR). At the same time, the treaty formally confirmed the existence of Soviet Belarus. Whilst others may disagree, the interwar Belarusian SSR was nothing more than an administrative and territorial unit located on the territories where Belarusians constituted a majority. Here, the dictatorship of the proletariat was legitimised and all power was vested in the Soviet structures. It was only the 1978 Belarusian SSR constitution that, at least formally, acknowledged that all power should belong to the people.

There are many different views on the events of September 1939. Yet, there are two things that must be remembered about this period. Firstly, the military campaign of the Soviet army took place in fulfillment of the Molotov-Ribbentrop Pact and its secret protocol, which divided Eastern Europe into Nazi and Soviet spheres of influence. Secondly, Stalin’s regime pursued its own interests by annexing new territories and the Belarusian authorities had little influence on the decisions made by the Kremlin. As a result, Belarus was not a true actor in any of these events but merely part of the playground of the major international actors. The country’s reunification in 1939 was rather the result of historical luck than any expression of popular will. After this event, Belarus was not an independent state but one of the union republics of the totalitarian USSR. In other words, the will of the Belarusian elites and population was not the decisive factor that made this reunification possible.

The authorities’ argument that the reunification of 1939 aided the country’s survival during WWII may sound rather strange. However, references to the conflict and Nazis remain an essential part of Minsk’s official rhetoric. Back in May, Belarus’s authorities adopted a new law on preventing the rehabilitation of Nazism. Due to its unclear language, the law gives the state leeway to pursue politically motivated decisions. Due to this, the law only further supports official interpretations of memory in modern Belarusian society.

It is worth mentioning some public statements made by Belarusian state officials and media. In its special project, “United Belarus”, the state-run publishing house “Belarus Today” described the interwar Polish authorities through reference to Soviet historiography. This depicted the government as “fascist” long before Hitler came to power in Germany. It is quite typical of Soviet political language to equate the concepts of fascism and Nazism. More important, however, is the usage of this concept in the context of interwar Poland. The country clearly was not a democracy and often failed to treat its national minorities well. However, it was not a totalitarian state in contrast to the USSR under Stalin or Germany under Hitler. In any case, the Belarusian authorities have clearly inherited a Soviet ideological outlook to a significant degree and have integrated it into official discourse.

Another example can be seen with regards to Lukashenka’s address on September 17th. In his speech, he described the cities and adjacent territories of Białystok and Vilnius as “Belarusian lands”. It is widely known that Belarusian nationalists have claimed these territories. Admittedly, it was probably the first time that Lukashenka has publicly mentioned these territories in this context. Yet, reference to these areas in the context of September 17th is a bit strange. Despite the hopes of its elites, Belarus failed to receive Vilnius, while Białystok was transferred to Poland just after WWII. The voice of the Belarusian elites and population subsequently appeared insignificant to the Kremlin when it reorganised the borders of Eastern Europe. The same applies to the Belarusian SSR’s position as a founding member of the United Nations. Overall, the republic’s membership was nothing more than a compromise made between the West and the Soviet Union. Needless to say, the Belarusian SSR’s delegation to the UN was ultimately controlled by Moscow. Furthermore, the country’s unification did not save Belarus from enormous human and economic losses during WWII. Overall, the link between the unification of 1939 and Belarus’s survival remains uncertain.

The Day of National Unity for all?

During his address on September 17th, Lukashenka said that the day represented the country’s main public holiday that “we haven’t wanted to mark for decades out of shame.” According to him, there would be no country and people without this day. Despite some later border adjustments, September 17th 1939 substantially shaped the territory of contemporary Belarus. However, there are significant reputational problems related to using this date as a public holiday. For instance, the Soviet army effectively acted as a Nazi ally during this period. This context places a huge question mark next to Lukashenka’s campaign against Nazism. Unification resulted in mass repression in the newly acquired areas that now resided within the totalitarian Stalinist state. This has been confirmed by numerous personal histories. Finally, unification did not protect Belarus from denationalising educational policies that targeted both the titular nation and some of the national minorities, such as Poles. This only confirms that this day is too controversial to represent national unity.

Does Belarus need to remember September 17th 1939? The answer is clearly yes. However, it should not be described as a “Day of National Unity”. Rather, this date should be remembered as a key part of the tragic and controversial history of Eastern Europe during WWII. The date also does not have deep roots in the public memory of Belarusians. The country has enough holidays that could signify national unity. This includes the unofficial “Freedom Day”, which celebrates the proclamation of independence made by the Belarusian Democratic Republic on March 25th 1918. However, this date is clearly not consistent with the ideology of Lukashenka’s regime. The “Day of National Unity” will not become the country’s main public holiday as it is not rooted in society. It will most likely be abolished when Lukashenka’s rule ends.

Kiryl Kascian holds a doctoral degree in Law from the University of Bremen. He is currently a board member at the International Centre for Ethnic and Linguistic Diversity Studies.

Note: This article was originally published by New Eastern Europe.