Expert Seminar: A Century of Minority Rights – Lessons from the Post-Versailles System 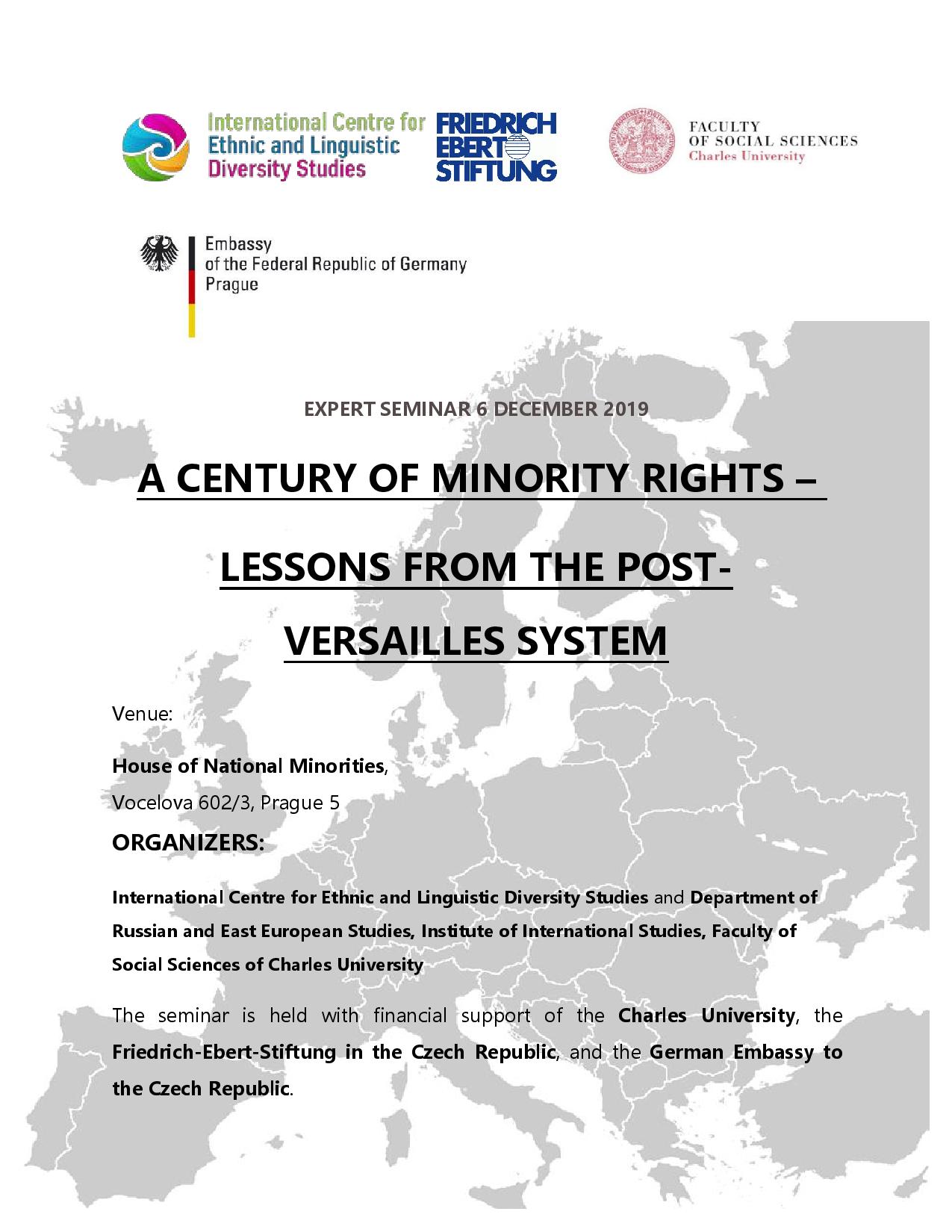 On 6 December 2019, International Centre for Ethnic and Linguistic Diversity Studies and Department of Russian and East European Studies, Institute of International Studies (Faculty of Social Sciences of Charles University) organize an expert seminar “A Century of Minority Rights – Lessons from the Post-Versailles System”.

The seminar is devoted to exploring and revisiting the legacies of a 100-year-old crucial landmark development – the inception of the post-WWI minority regime. 1919 is the year of the Paris Peace Conference which gave birth to the League of Nations and Minority Treaties. The latter partly embodied the Wilsonian ideas of national self-determination and established the first comprehensive multilateral system of minority protection. In particular, the principles and guidelines for national minority policies including non-discrimination, territorial autonomy and equitable distribution of public resources were set up in the first two treaties concerning minority issues signed in 1919 – with Poland and Czechoslovakia. Along with this, the post-Versailles development demonstrated the force of minority nationalism and the destructive potential of trans-border kin-state policies. Our seminar seeks to approach the opportunities of combining nation-building with minority protection; undeservedly forgotten ideas and solutions of the interbellum period; the potential for protecting minorities and preventing conflicts in non-liberal and undemocratic environments; the opportunities for combining kin-state policies with the maintenance of trust and productive cooperation in inter-state relations.

The seminar takes place at the House of National Minorities (Vocelova 602/3, Prague 5).