Kiryl Kascian spoke at an international conference on visuality in Vilnius 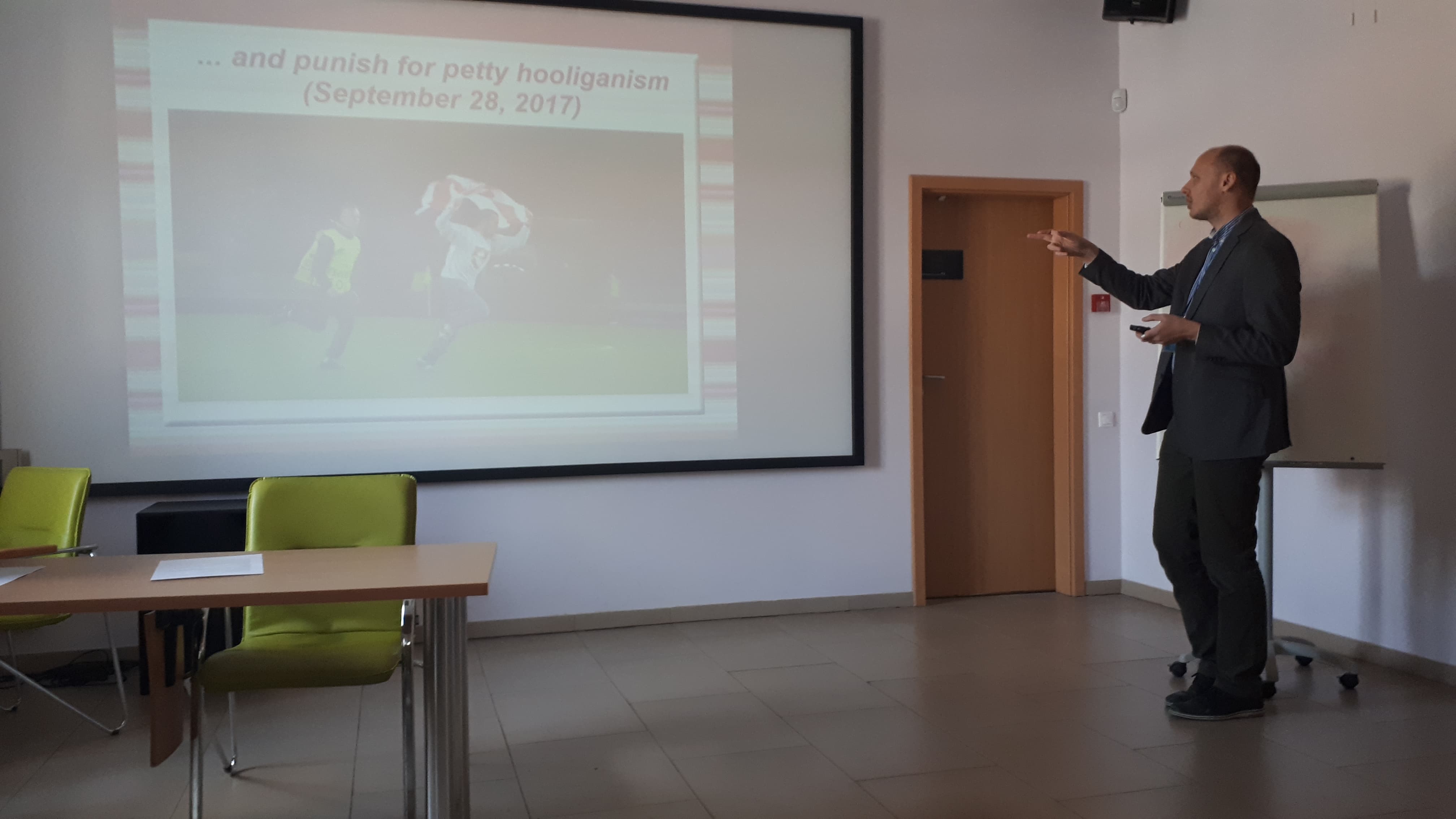 The conference addressed various aspects of visuality from different academic perspectives, including the relationship between visuality and meta-communication, the role of visual media for political communication, effectiveness of visual expressiveness in politics, and impact of the media on political processes. The gathered scholars and practitioners from various countries and academic disciplines. Its keynote speakers included Prof. Algis Mickūnas, Prof. Joseph J. Pilotta, and Prof. Richard L. Lanigan.

In his presentation entitled “Between political message and national identity: performances of Belarusian fans at the international football games”, Dr. Kascian addressed the issue of relationship between visuality, politics and identity. Focusing on the example of Belarus, he spoke about domestic and international factors that influence the contents of performances. He also discussed the relations within the triangle ‘state authorities – football federation – football fans’ with the focus on the legal framework provided by the state, political messages of the fans’ performances, as well as initiatives of the federation to create a design mark which contains elements of national distinctiveness.