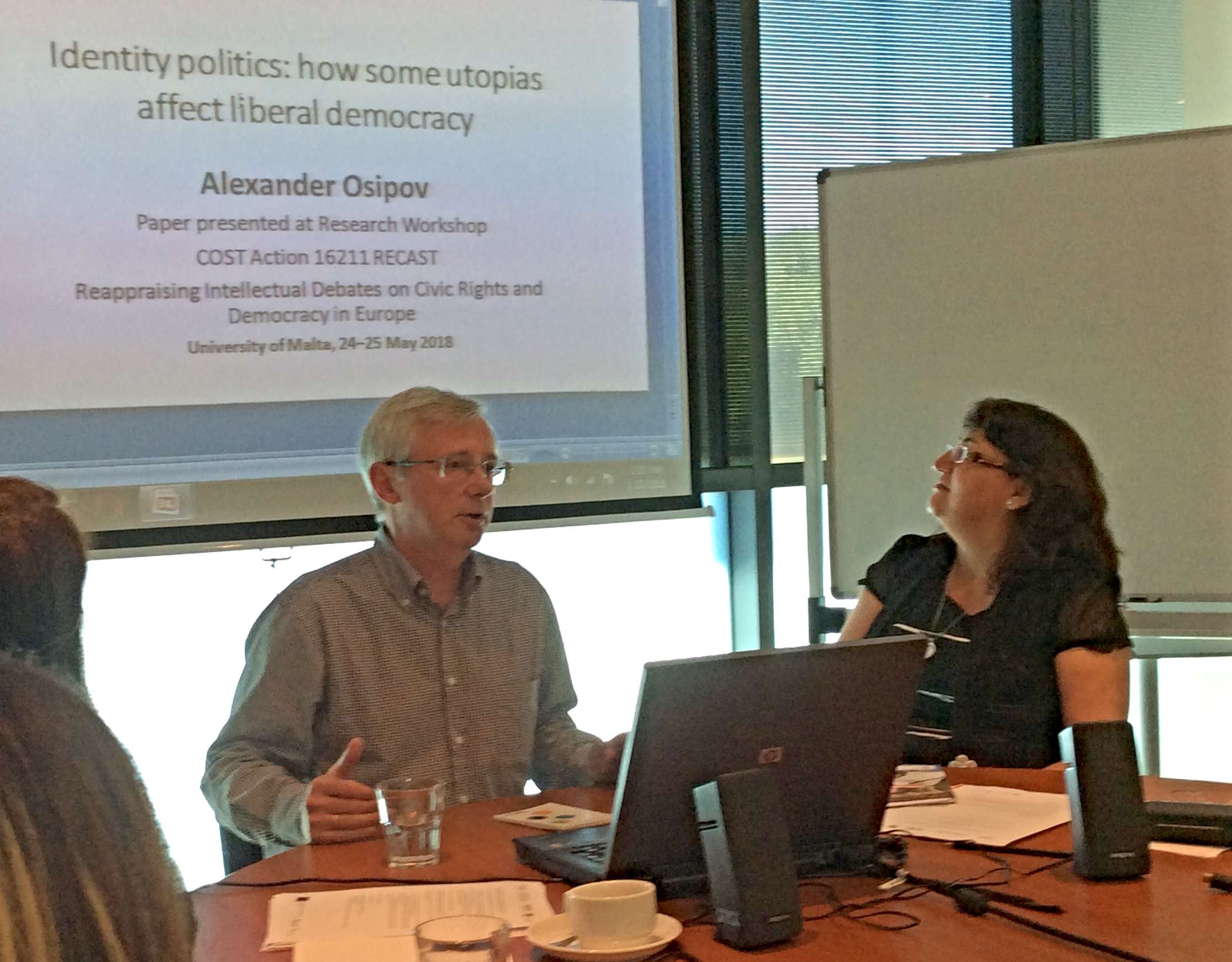 On 24-25 May 2018, our Board Member Dr. Alexander Osipov participated in the in the First Research Workshop entitled “Controversies in the Scholarly and Public Debates on Civic Rights and Democracy in Europe.” Hosted by the University of Malta, the workshop was a part of the COST Action RECAST Reappraising Intellectual Debates. The interdisciplinary exploratory workshop brought together scholars and practitioners who deal with different patterns of public debates on civic rights and democracy throughout Europe.

Dr. Osipov presented the results of his observations under the title “Identity Politics: How some Utopias Affect Liberal Democracy.” His presentation touched upon the public debates and politics pertinent to the effects generated by the ideas of group rights and positive action in the areas of ethnic politics and nation-building. Dr. Osipov underlined that the said ideas have limited substantive impact but strongly shape the scope and directions of public debates and significantly contribute to the development of victimhood discourses within multiple milieus and population segments.