ICELDS team members organized a panel at the Uppsala-BASEES Conference 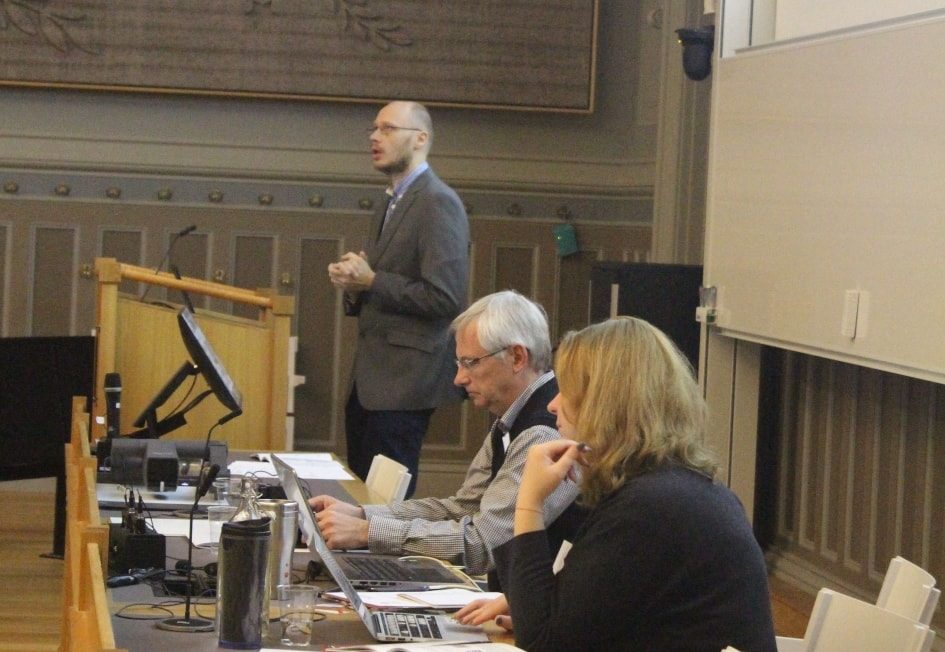 On 13-14 September 2018, the Uppsala University hosted an international Uppsala-BASEES Conference “Regimes and Societies in Conflict: Eastern Europe and Russia since 1956”. As a part of this conference, the International Centre for Ethnic and Linguistic Diversity Studies team members organized a panel entitled “Evolutions and contentions of the (post)Soviet nationalities policies.” Within this panel, three members of the ICELDS team presented the results of their research.

The title of Dr. Alexander Osipov’s presentation was “Autonomy in the USSR and the post-Soviet space: continuity and/or change?” Dr. Osipov spoke on the evolution of official perceptions and legislative fundamentals of autonomy arrangements in the late Soviet and in the post-Soviet period.

Dr. Hanna Vasilevich’s report was named “Regulation of bilingualism: between Soviet legacies and nationalizing patterns”. In her presentation, she provided a comparative analysis of the roots and practices of formal and informal bilingualism in Belarus, Moldova and Ukraine.